If Casey Blackwelder’s phone is ringing, someone needs his help. Not only is he a young entrepreneur, but Casey is also a full-time firefighter. He’s dedicated, always busy, and has become a reputable business owner known for clearing land and mowing rough terrain in Cabarrus County, North Carolina.

Casey’s business, CT Blackwelder Land Management Inc., was established in 2015 and continues to grow. He puts his work ethic – and his trusted Bobcat® equipment – to work every day.

Casey grew up on the family farm in the suburbs of Charlotte, North Carolina. The area is old and unique, Casey says, and many family names go back many generations.

“I grew up in the agriculture community, and the more dirt I could plow, the happier I was,” Casey says. “We had small gardens and crops, not like the traditional ‘farms’ in other areas of the country. I was always outside helping people around our area do different odd jobs.”

Growing up, Casey watched his uncle venture into homebuilding and general contracting work.

“That was some of my earliest exposure to skid-steer loaders,” he says. “I have always enjoyed watching that kind of smaller grading type of work.”

He continued to work with his uncle, clearing lots, digging basements, building roadways, and tackling other contracting projects. Then, in 2016, he decided to purchase his own machine – a Bobcat® E55 compact excavator – to take his own business to the next level.

While farming and contracting work seem to run in Casey’s family, so does firefighting. He is a third-generation full-time firefighter, following in the footsteps of his father, grandpa, uncles and cousins. He grew up around the fire department and started his career at the age of 18.

“As far back as I can remember, I knew I wanted to be a fireman,” Casey says. “I grew up around it every day and now I’ve been doing it for 13 years.”

Like many of his family members, Casey ventured into a second line of work besides firefighting to help make ends meet. Now, he spends every day helping people in one way or another, which he says is very rewarding.

“Every day is a new adventure”

Casey is a one-man team ready to take on just about any kind of project. Whether answering a firefighting call or a customer request, he’s prepared.

“I learned not to say that I just provide one type of service, because you never know when that might change,” he says. “If someone needs something done, I’m always willing to give it a shot.”

Most of the jobs he takes on involve forestry mulching, lot clearing, and site prep.

“I like to be on a project from beginning to end,” Casey says. “Turning an overgrown property into something usable in a few hours is very satisfying.”

Depending on the task at hand, Casey uses his Bobcat® E55 compact excavator or the Bobcat® T770 compact track loader that he shares with his uncle. He says they go hand in hand, especially on tough jobsites.

“I use a forestry head on the T770, and then if I can’t get that around ponds or over fence lines, I use the E55 excavator with a FM40 flail mower attachment,” he says. “People see me doing these difficult jobs, and then they call me for their next project.”

One unique project Casey was asked to tackle was a site prep on the side of a steep hill. The customer built a house out of shipping containers, something Casey had never seen done before.

“It was definitely out of the norm,” he said. “The terrain was demanding to be on. The soil was hard to dig and we had to cut the driveway in, put the utilities in, and grade the area for his house. I couldn’t have done it with any other equipment. The Bobcat machines made it doable and the shipping container house is very cool.”

Casey works with the local Bobcat dealer, R.S. Braswell, when he needs service or new equipment. He has built a solid relationship with the Kannapolis, North Carolina-based dealership, beginning when he was a delivery driver for them several years ago.

“When I decided to go out on my own, my Bobcat connections meant everything to me,” Casey says. “I knew a lot of the employees, but even the ones I didn’t know – they all bent over backwards for me. They keep me moving forward.”

While his organization is smaller, Casey says he never feels overshadowed by larger customers of the dealership.

“I’m very small in the realm of machinery,” he says. “There are companies who have thousands of machines, and the dealer makes me feel just as important as those companies. From salesmen to service and parts guys, I have all of their personal cell phone numbers and they take care of me.”

Casey and his uncle occasionally rent attachments or other equipment for specific jobs. When they do, they stick to the Bobcat brand and are always impressed.

“Bobcat has become the staple of my company,” Casey says. “I like having matching equipment on a jobsite, because people recognize that as a professional operation.”

It seems as though Casey isn’t the only Bobcat fan in his family. His 3-year-old daughter, Caroline, has also inherited a love for the equipment. Every time Casey loads equipment, drives it around their yard, or comes home after a long day of work, he says Caroline is glued to the window.

“She’s just like me when I was her age,” he says. “She loves helping me and I can’t wait until she’s old enough to learn to drive the equipment. 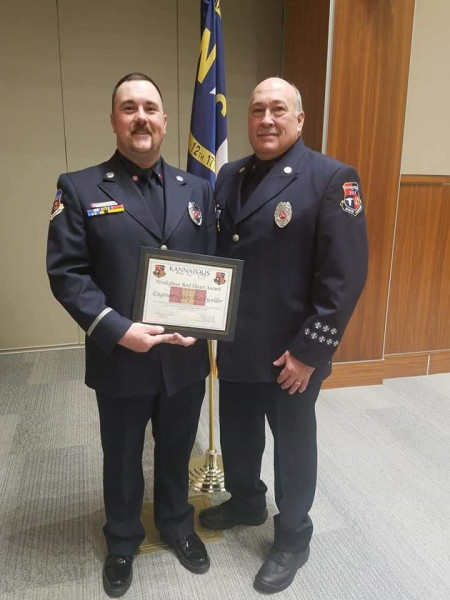 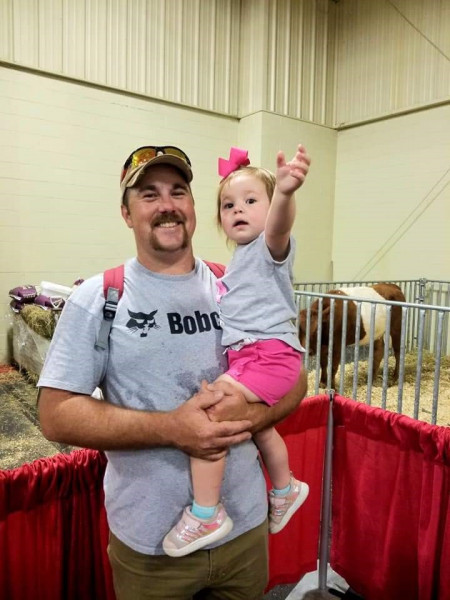 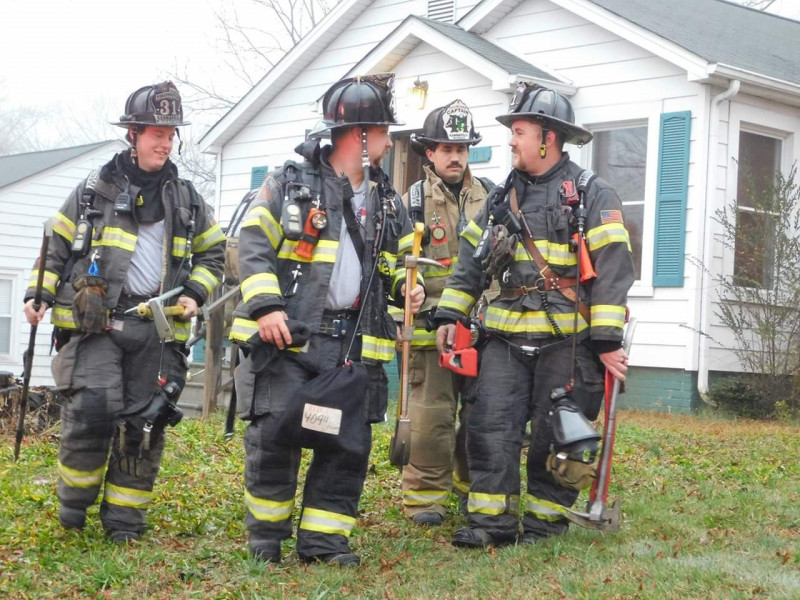 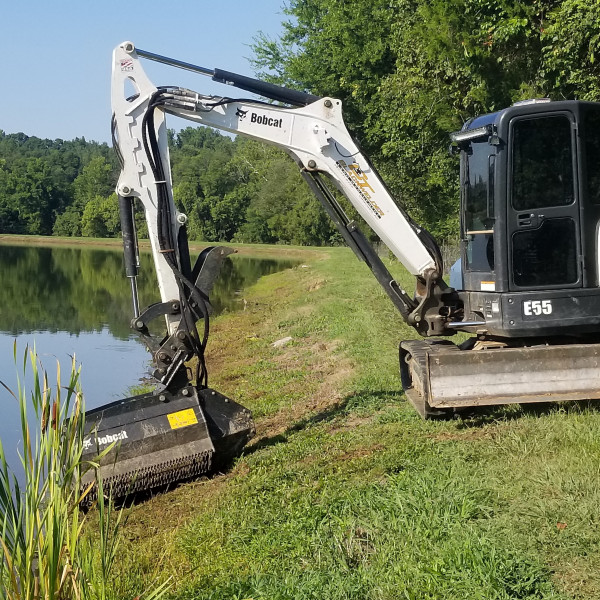 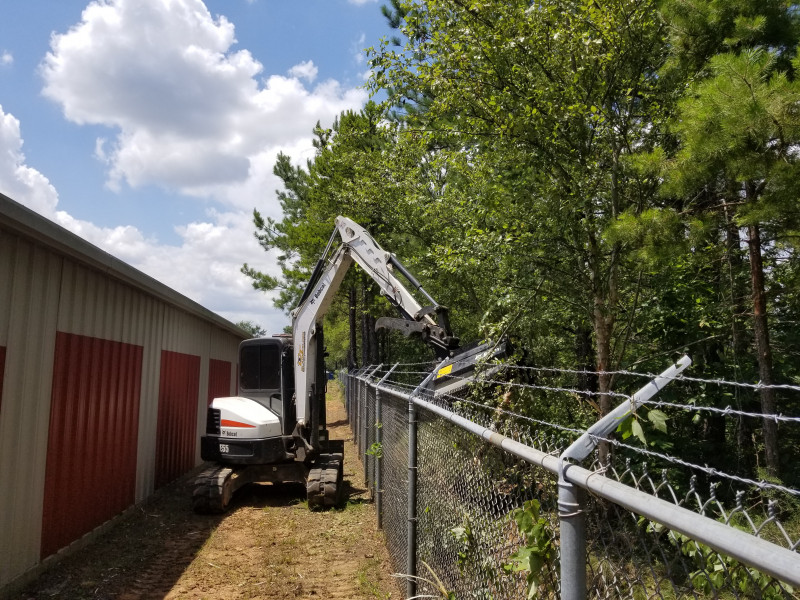 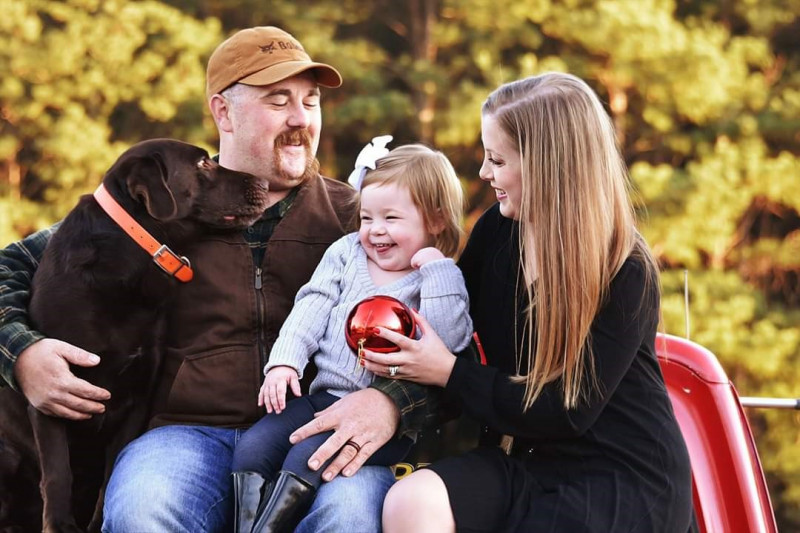 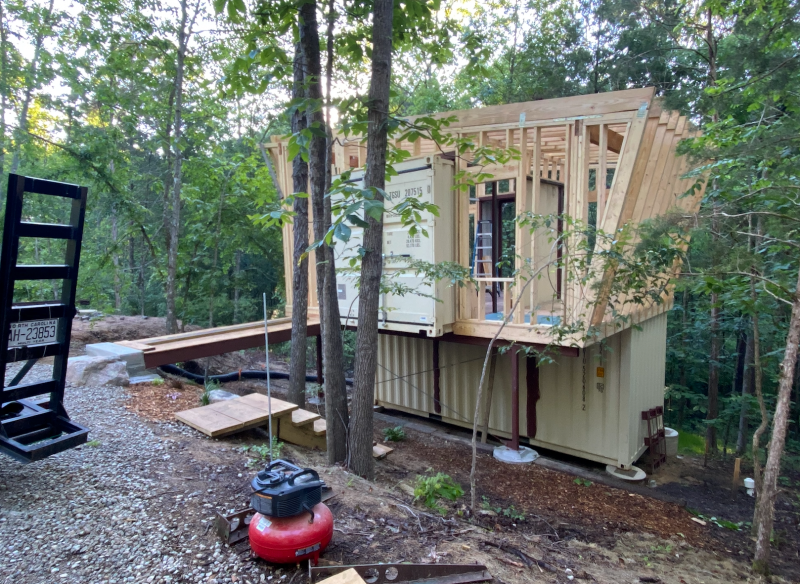 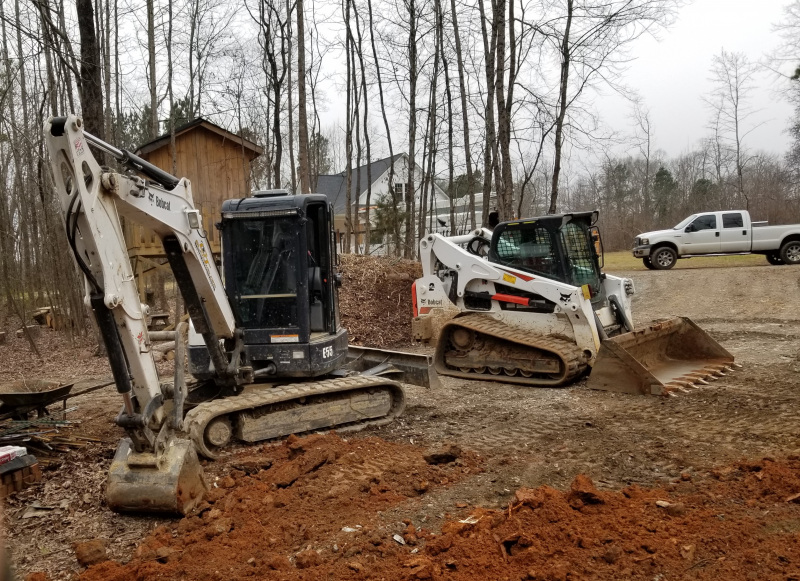