7 Lessons Learned from the St. Louis Flood | Bobcat Blog
Posted on 08/25/2016 in Down to BusinessCategory Extreme weather can strike at anytime and anywhere — putting your safety and business in jeopardy. The team at Bobcat of St. Louis shares their advice for how to prepare for and recover from a natural disaster.

Their flood story shows the importance of creating a natural disaster business continuity plan so you’ll be ready for anything Mother Nature throws your way. While most of the country was relaxing over the 2015 holiday season, Bobcat of St. Louis branch manager Steve Gooden, who oversees the Valley Park location, was facing a state of emergency. After an unseasonably wet December, flood waters were rising quickly near the Valley Park dealership, which opened in 1999 about half a mile from the Meremac River.

“Because you can’t see it, most people don’t realize how close we really are to the river,” Gooden says. “If you don’t know the area, you might not realize that we’re in a bit of a bowl down here.”

Floods had threatened the location in the past, most recently in 2008 when the water reached 37 feet and crested just outside the dealership’s front door. During the ‘08 flood, Gooden realized his location was at serious risk for a natural disaster so he hired grading contractors to assess the elevation of his site. He learned that the site’s highest point was just over 42 feet and the lowest lying area was about 38 feet. Clearly, a larger flood would be disaster for the dealership.

So as the waters rose in 2015, Gooden grew more and more worried.

“The street leading to our dealership floods at about 25 feet, so once water crests that, we’re not able to get to our dealership,” he says. Gooden, staff, family and friends spent long hours sandbagging in preparation for what promised to be a catastrophic flood. Once the road flooded over on December 28, there was little they could do aside from watching and waiting. At that point, floods were predicted to max out at 36 feet, flood levels that wouldn’t threaten the dealership. But each day, the predictions became bleak.

So, Gooden decided to call in reinforcements. “I got in contact with a local airport and contracted a helicopter pilot to fly three of us to the dealership.” After being dropped off, the trio spent four hours moving roughly 100 machines out of the flood zone to the highest ground on site. When they were airlifted out, Gooden knew they’d done all they could do and the rest was out of his hands. Security footage shows flood levels rising on the day of the flood at Bobcat of St. Louis.

As the world rang in 2016, Gooden and his team watched and waited as the dealership flooded, waters cresting at 44 feet. When they were able to safely return the following day, after flood waters had dropped, what they found was heartbreaking. The building was functionally destroyed.

“We put a lot of heart and soul into this place, and then to see it all destroyed was hard,” he says. “We were lucky that there were no injuries, and we could all come back to work, which we did in full force.” The flood had one silver lining: the dealership did not lose a single machine, thanks to the 2008 prep work and last minute evacuation to higher ground.

Clearly there was a long road ahead, but Gooden was proud of his team’s dedication during the recovery process.

“I had so many employees come in on Saturday and Sunday and start on the cleanup process,” he says. After being closed for a week, he brought in temporary trailers to resume operations quickly. In times of emergency like this, Gooden says rental machines are in high demand, so he set his team to work servicing all of the machines on site – replacing fluids, checking electronics and cleaning out debris left by flood water. Within a week, the Valley Park dealership was back up and running.

The team could now focus more diligently on rebuilding, which is precisely what they’ve done. In March 2016, the existing structure was demolished and construction began on a new building. The first step was to raise the elevation of the site by 8 feet so it sits at 46 feet elevation. Not only is the building better prepared for another flood, but Gooden has also identified an off-site location that will likely never flood where he can evacuate his equipment.

Now all that’s left is anticipating the opening of their new state-of-the-art building scheduled for completion by late November 2016. It will feature a more customer friendly experience, with all four departments — sales, rental, parts and service — sharing one common customer waiting area. It’ll also feature a full gym and locker room for employees.

“After losing our building and seeing the dedication from employees, we have come to value the people — both customers and employees — that make our location what it is,” Gooden says. “We’re building our new location to better serve both.” 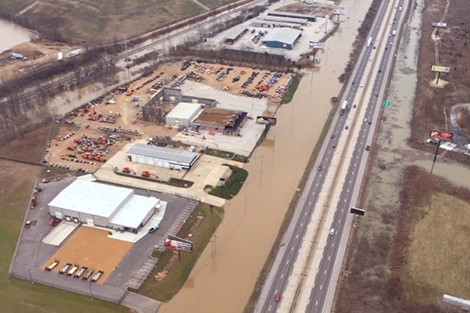 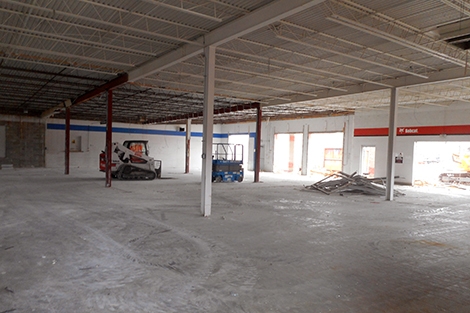 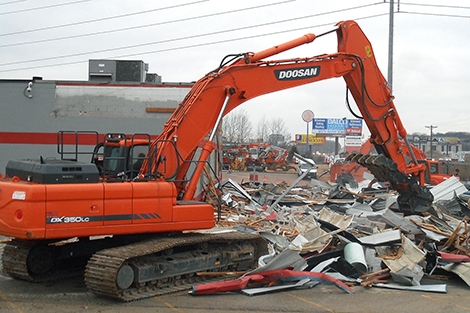 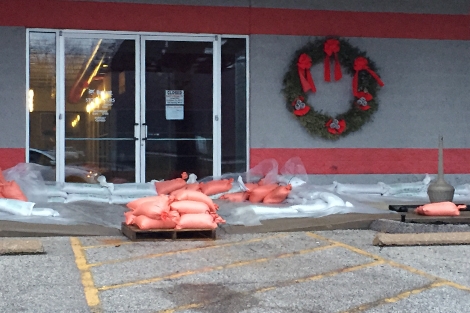 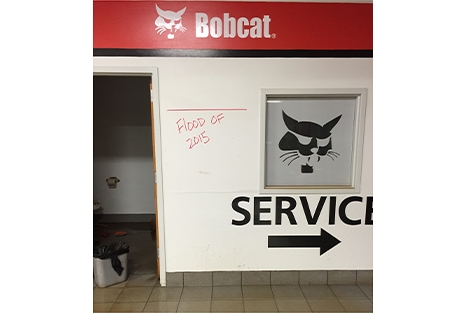