Volunteers and a Bobcat E50 compact excavator clear debris from the site of a home in Moore, Oklahoma destroyed by a 2013 tornado.

If you live in the notorious Tornado Alley in south-central U.S., dangerous weather is a part of life. Sales manager Gregg Thompson has sold and rented many Bobcat machines to help with tornado cleanup, but in May 2013, he and his family were the ones in need of equipment and help.

Thompson is an Oklahoma native and employee of Total Equipment and Rental, which owns several Bobcat dealerships. Here he shares the events of May 20, 2013, when an EF5 tornado ripped through his town and changed his life forever.

Storms were inevitable that day. Thompson remembers the National Weather Service alerts warning that conditions were favorable for a tornado. “All the ingredients for a storm were there,” he says. As the day went on, the storm began to build.

By early afternoon, a tornado had formed southwest of Moore. Thompson watched from the showroom of Bobcat of Oklahoma City as television reporters described the 1.3-mile wide path of destruction that sounded like it was headed for his home. Thompson tried calling his wife, who was at the grocery store, but was unable to reach her on her cell phone so he called the landline at his home. One of his three sons answered and Thompson urged his family to leave for a tornado shelter as soon as possible. Moments later Thompson’s wife arrived home and grabbed the phone from her son.

“‘You’ve got to go!’ I told them. ‘There’s traffic everywhere, I don’t think we’ll make it!’ my wife was saying. Then the call dropped and that was the last thing I heard.

“I called back and the call failed. Call … fail. Call … fail. Can’t get through. So I tear out of the office and am following behind in the path of the tornado so that it’s about 20 minutes in front of me.” Thompson remembers. “On the radio, the guy’s going bananas about how bad it is, how big it is, and that it’s traveling straight down 149th Street. Well we live on 149th Place, and the tornado is a mile wide.”

When he arrived near his home, less than an hour after he had last heard from his wife, his once familiar neighborhood was unrecognizable and his home, where he raised his children and lived for over 20 years, was destroyed. The grass in the lawns was gone and familiar buildings had seemingly disappeared.

“When I finally start to see the damage, I freak out and think my whole family is buried in my house,” he says. But moments later, he received a text message from his wife that they’d made it to the shelter and were safe.

The storm that destroyed the Thompson’s home was the second EF5 tornado—the most severe level of categorization—to hit Moore in the past 15 years. In 1999 a tornado tore through the town, killing 36 people and causing over a billion dollars in damage. Thompson knew people affected by this and other tornados. Each time, the community quickly unites behind those in need.

After filling a pickup truck and a Camaro with as much salvageable materials as they could hold, Thompson and his family began what would be a long and chaotic year. Each day presented new challenges, but Thompson focused on what was in his control.

“You just start going through the process and try not to worry about the big picture,” Thompson says. “You’ve got to focus on the next step, otherwise it can be very overwhelming.” A Bobcat E50 compact excavator helps clear what remains of Gregg Thompson’s home, which was destroyed by a tornado

The first step in rebuilding was demolishing and removing what was left of his house. Faith-based organization Christ in Action helped community members hit by the storm clear out debris. The organization stopped at Bobcat of Oklahoma City to purchase an E50 compact excavator from Thompson to help homeowners, who were responsible for moving what was left of their destroyed homes into the street. When Christ in Action volunteers learned that their salesman’s home had been destroyed, they helped clear his land and supported the family through the difficult day.

The Thompsons have rebuilt their home and now have the added protection of a storm cellar. Every day Thompson is thankful that his family is alive and safe. “At the end of the day, what we lost is just stuff,” he says. “It’s obviously not something you can prepare for, but if it does happen to you, don’t be afraid to ask for help because you’re going to need it.”

It’s been in finding this strength that Thompson discovered just how strong and important his family and community really are.

Total Equipment and Rental employees are attending Christ in Action training this summer so they can help assist people in crisis. You and your team can find local volunteer opportunities and training events through the American Red Cross. 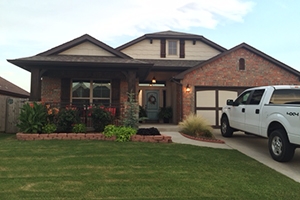 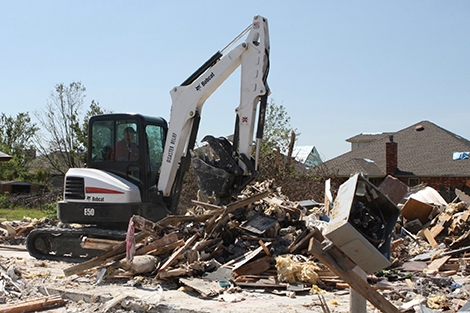 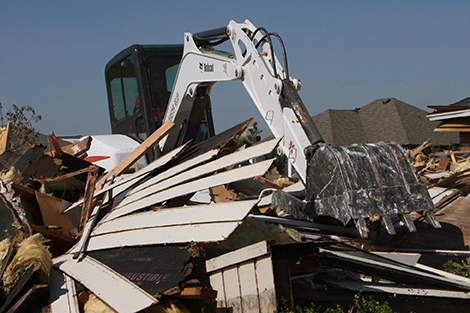 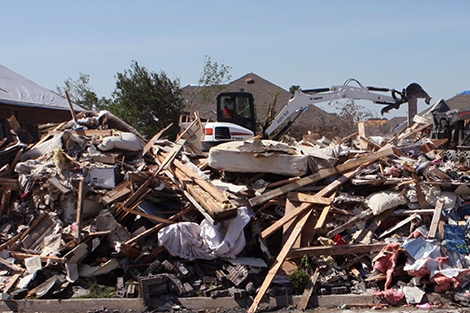 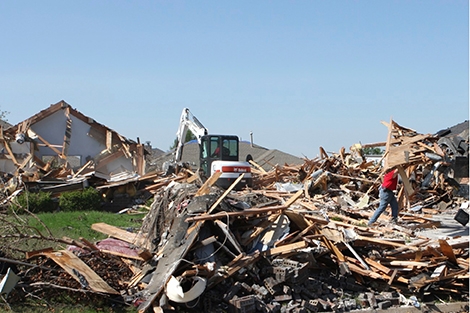 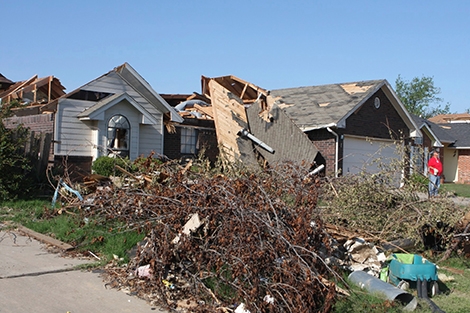 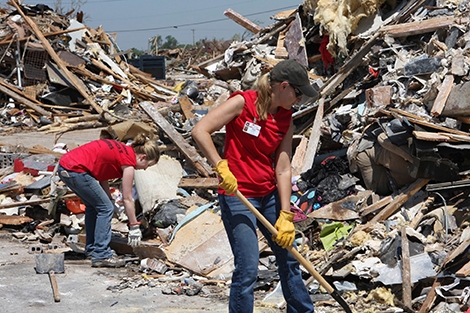